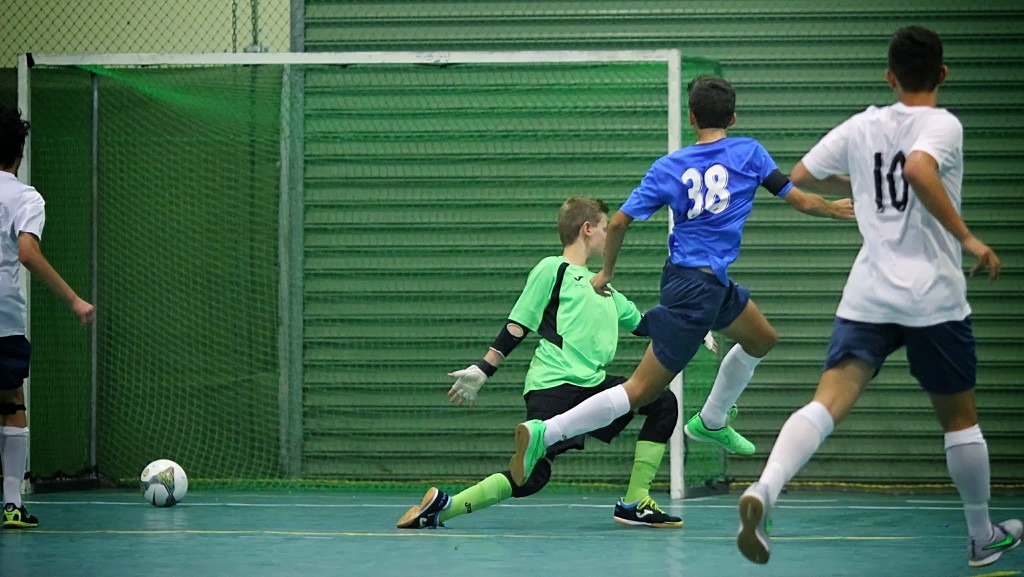 Day 1 of the 2016 FFA Futsal Nationals saw the ACT teams compete in 19 matches across ten age groups (incl AWD) and saw probably fewer victories than had been anticipated and a few shock losses for strong ACT teams expected to do well this Championship. In summary:

The 12 Girls had a win and a loss from their two matches, with Emma Ilijoski shining in front of goals in game one.

12 Boys White (development squad) were on the wrong end of a couple of big scorelines, but showed a lot of promise and heart, and potential (including a second Ilijoski registering multiple goals on the score sheet).

13 Boys had a tough tussle against one of last year’s tough teams, Victoria Magic.

14 Boys were on the wrong end of a couple of double digit score lines, but will have learnt a lot about playing Nationals futsal today.

14 Girls went down to a very strong Thunder team, but shone through to record a win for their second Day 1 match against Queensland Regional.

16 Boys White had a tough tussle against Queensland Metro, which could well have gone the other way with a bit more luck and less ‘posts’ hit!

16 Boys Blue went down to a surprisingly strong NSW Lightning team, before being hammered by NSW Thunder in the afternoon match. Two tough games to start their meet – it will get easier for the 16 Boy Blues!

Youth Women put on a strong showing against NSW Lightning to take out the match by the narrowest of margins.

Youth Men White held their Lightning opposition quite brilliantly in the first half but ran out of legs in the second half in one of the matches of the day.

Youth Men Blue – last year’s national champions, were reminded that this is a new competition, with a solid defeat to an energetic and keen South Australian Youth team.

The Capital Fotball AWD team came back for a strong victory over SA after being hammered in the morning by a quality NSW Thunder outfit.

Five victories from 19 matches was certainly not an ideal start to a tournament, however these week-long championships are won on Friday, not Monday, and teams need to build into the week and be peaking around finals time.

Tomorrow promises to be another stunning day of top quality futsal with ACT teams featuring in another 21 matches across the three National Futsal Championship venues.