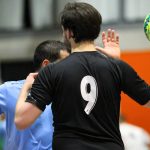 Round three of the Football NSW Premier League 2 competition had the Boomerangs Club travel to Redfern to take on Sydney Futsal Club at the National Centre of Indigenous Excellence in the nine competitive age groups.

Development Squad Matches
The 11/12 girls and the 11 boys took on Sydney Futsal Club opposition at Endeavour Sports High in the afternoon and made a terrific account of themselves grabbing two solid wins from the matches played against the youngest Sydney Futsal squads.

Sydney Futsal does not have development academies, so the 9 boys and 10 boys headed over to Valentine Sports Park to gatecrash the PL1 fixture between hosted by Inner West Magic. The boys had matches against both Magic and UTS Northside. We thank those clubs for allowing the Boomers youngest boys teams to play some matches against strong PL1 club teams. Some mixed results for the boys, but a great contribution to their learning and development as futsal players. By the time they reach the competitive 12’s age group, they will be seasoned professionals! END_OF_DOCUMENT_TOKEN_TO_BE_REPLACED 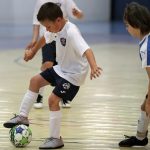 Round two of the Football NSW Premier League 2 competition had the Boomerangs Club travel to Wollongong to take on the South Coast Taipans at the University of Wollongong.

A Wollongong away trip always seems a lot closer than the Sydney sojourns, and the glimpses of ocean and beach add value to the weekend – especially for those players and families that combine this away trip with a short weekend break.

Futsal rounds at the Taipan’s home at the University of Wollongong are always hotly contested and fairly even affairs and this trip proved to be no different, with the Taipans winning more of the day’s matches, but the Boomers coming home with more Club Championship points (calculated on seven age groups, 14 boys and older).

Development Squad Matches
The Taipans have a great junior development program and it was terrific for our Academy/Development teams to be able to play some really competitive matches against the youngest from the Wollongong region. The matches were, on the whole, fairly evenly contested with only a few one-sided games amongst them. Importantly, the games gave the youngest players and their coaches more opportunities to develop as individual players and as teams – and early in the season, this is already starting to show.

It’s also always good to see the juniors hang around for a while after their matches to support the older age groups compete – they learn by listening and doing, but also by observing the skills, passing, positional plays and teamwork of the older age groups. 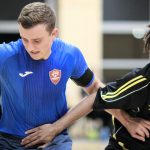 After several months of preparation, the club started it’s FNSW PL2 season with an away trip to the south west of Sydney to take on Raiders Futsal, a club which finished second on the Club Championship ladder last season. Raiders Futsal always provides strong teams across all age groups and matches are often closely fought with increasing intensity as the age groups progress.

Development Squad Matches
As Raiders Futsal have no younger age boys teams below 11s, the Boomerangs 9 and 10 boys ended up travelling to Windsor to have a series of matches against the Mountain Majik club. The 11 boys and the 11/12 girls had early matches against Raiders Futsal opposition and acquited themselves very well. The 11/12 girls probably had the edge over their Raiders Futsal counterparts, who were a few players short of a full squad.  The 11 boys were involved in a cracker of a match against Raiders with the two evenly-matched sides exchanging goals between periods of solid defence. All the 11 boys played well – with several of them rewarded with a bench spot with the 12 boys. 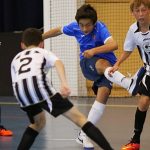 A significant milestone for another Boomers family member

On top of the terrific news in recent months of three Boomerang’s men’s players (Fulton, Rathjen, van Aalst) being selected to play international futsal at the AFF Futsal Club Championship (and nearly winning the tournament), and Boomers favourite, Elie Darwich being selected for the Lebanon U20 Youth men’s team to play in the AFC U20 Championships early in 2019 (and at the same time playing in the Lebanon National League), another of the Boomerangs growing family takes a massive step to a successful sporting career.

At the tender age of 15, Zac Barbatano has made his debut in the Gungahlin men’s NPL team.

“He’s extremely creative and fast thinking, has great feet and is capable of winning matches by himself, he makes the difference”, Gungahlin NPL men’s coach Marcel Munoz is quoted as saying. Zac may have been blessed with natural sporting ability, but his years of playing high-level futsal with the Boomerangs has certainly helped him to become the player he is today. 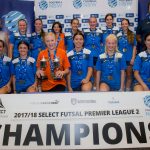 Note the following times for trials for the 18/19 season.

Trials will be held for the upcoming season on Sunday 22nd and 29th July and Friday 27th July and 3rd August. 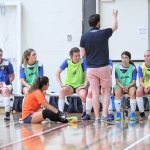 Boomerangs FS is seeking Expressions of Interest from coaches for the 2018/19 FNSW Premier League 2 (PL2) competition.

Boomerangs FS has been accepted into the PL2 competition for the summer season of 2018/19 with matches commencing on the weekend of  29/30 September 2018. There will be fourteen rounds of home and away matches (including six away games to Sydney and one to Wollongong) and two weekends of finals, played in January. Player trials will commence from late July with teams selected by mid-August for pre-season training.

Coaches must be available during the period mid-July to February 2019.

Coaches are required for the following age groups:

Note that it will be a requirement for all competitive age group head coaches to have an FFA Futsal Licence qualification as a minimum.

All coaches will be required to provide evidence of their Working With Vulnerable People registration prior to the commencement of the season.

Expressions of Interest must be submitted by Friday, June 22. END_OF_DOCUMENT_TOKEN_TO_BE_REPLACED 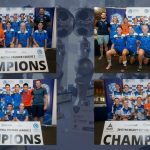 *Note that the MVP awards were voted by the players themselves and the coaches award based on criteria the coach thought most valuable.  END_OF_DOCUMENT_TOKEN_TO_BE_REPLACED 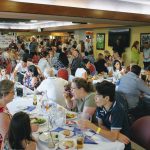 March 3, 2018, saw the Boomerangs family gather at the Yowani Country Club to celebrate the season just passed and to recognise the raft of tremendous performances across the FNSW PL2 competition in all age groups.

Over 230 players, parents, families, sponsors and supporters joined in the celebrations on the night.

Each team – from the development squads to the open age women and men – were awarded two trophies, one for the Coaches Player and the second, MVP, as voted for by their peers. In addition, a range of whole-of-club awards were awarded to those who achieved above and beyond for season 17/18.

Photos of the night can be found at the Boomerangs FS photo site. 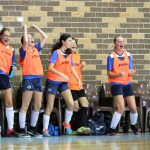 Coach Mark Dowling always has a plan for each match END_OF_DOCUMENT_TOKEN_TO_BE_REPLACED 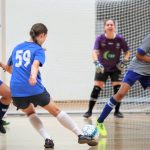 Week 2 of the FNSW PL2 17/18 finals series saw five of the nine competitive Boomerangs teams play in elimination qualifying finals. Week one of finals saw one team drop out of contention for Grand Final glory, and week two a second, leaving four teams booking their place in Grand Finals on 24 February.

It was a  terrific day of results, with four hard-fought wins and just the one loss, with the three remaining female teams going through to the ultimate match of 2017/2018 and the youth men’s team joining them as the sole male representative from Boomerangs FS.

15 Girls: Boomerangs 4 – 1 Hakoah (ht 2 – 1)
The 15 girls were back to their dominating best in this do or die match against Hakoah; even though it took some time for them to register their first goal of the match. Hakoah opened the scoring halfway through the first period via a rare free kick to beat goalkeeper Sally James, usually a 100% stopper of set pieces, after the Boomers had looked to be the stronger team in the opening period. The goal by Hakoah END_OF_DOCUMENT_TOKEN_TO_BE_REPLACED