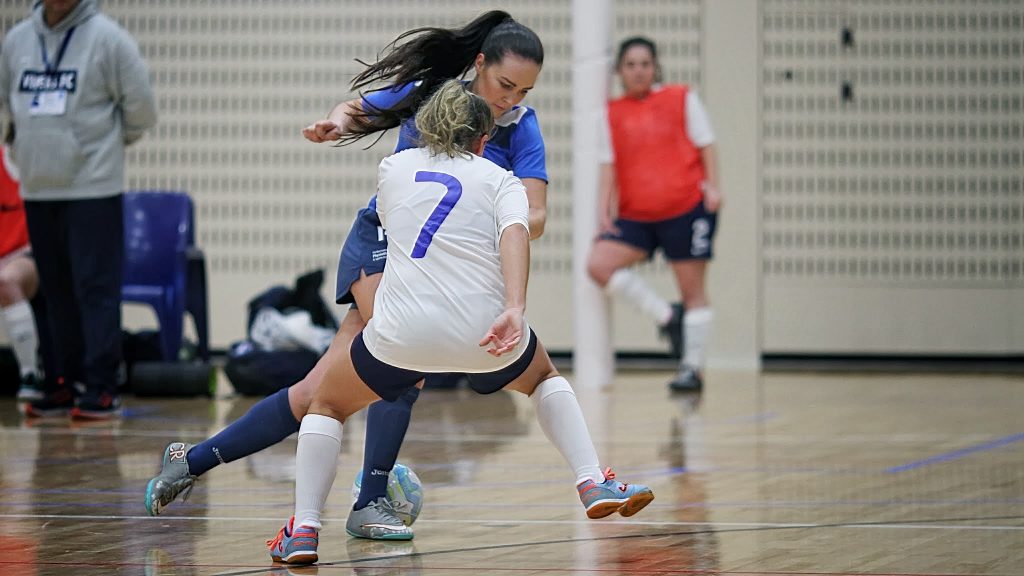 The 2016 Women’s PUMA F-League season took a remarkable twist with Queensland sides Galaxy and South Brisbane racing to the top of the table, as Vic Vipers drew both their ACT games, East Coast lost both their Queensland games and Boomerangs beat North Canberra in the local derby.

And just a cheeky throwback, it can’t go unmentioned that Horsey’s five-goal haul against Bayside Pirates a fortnight ago is the second-highest individual F-League tally (Dural’s Sarah Yatim scored six against Capital FC last year and Pirates weapon Steph Tanti bagged five against Vipers while playing for Melbourne Heart in 2013).

A big nod to Galaxy, a fearless national-league initiation has seen 12 different players score for the Queensland debutants in just nine starts (joining East Coast 2015 and Sydney Scorpions 2013 with a dozen scorers), and at a phenomenal record-rate of 4.2 goals per game. Their up-front potency betters everyone: Parramatta Blues (3.9), Inner West (3.7), South Brisbane (3.5), East Coast (3.3), Dural (3.2) and Boomerangs (3.1).

Speaking of, ahem, border-protection [Ed: it’s still election week], neighbours Galaxy FC and South Brisbane have built a northern wall that’d even keep out Game of Thrones hero Jon Snow, suffering just a solitary loss in 15 collective Queensland matches, South Brisbane losing to Dural in the opening 2014 fixture – no other F-League club has won there since.

Boomerangs FS battled their way to a 3-1 victory over noisy neighbours North Canberra Untouchables at a crowded AIS Training Halls on Friday night.

The game promised intensity worthy of a match to claim the title of best Canberra F-League team – with form and ladder position mattering little.

A fast and furious, punishing start failed to produce a goal until the 15th minute when Alex Martens slotted one past Untouchables keeper Sophie Rolfe for Boomerangs to take first blood.

With 90 seconds remaining in the opening period Boomerangs captain Michaela Day slammed home in the top corner from distance to give her team a 2-0 halftime lead.

The intensity lifted in the second half as North Canberra worked hard to get back into the match, but repeated forays up court couldn’t produce the result they were after.

Martens goaled from distance for Boomerangs midway through the second half to make the three-goal task that much harder for Untouchables, but not long after Alice Churchill pulled one back for North Canberra and their efforts to drag back some momentum was met by some rock-solid defence with the match ending 3-1 in the Boomerangs favour.

Boomerangs FS and Vic Vipers fought out an epic 2-2 draw in the Saturday matinee at the AIS Training Halls.

This match had it all to play for with both teams vying for a top-four finish and a chance to play finals Futsal in 2016; Vipers also looking to atone for an early-season loss to Boomerangs in Victoria.

The game was high in quality and showcased a tremendous display of quality Futsal, both individually and teamwork, with both goalkeepers the stand-outs.

Both sides controlled periods of play in the first half and the momentum swung back and forth with some terrific defence keeping the game scoreless at the interval.

The second half saw the quality-play continue before the Vipers finally opened the ledger with a classy goal to Ceyda Cambaz, followed soon after by another equally-stylish Rhianna Pollicina finish to provide a two-goal buffer for the southerners.

Boomerangs responded and were rewarded when Natalie De Marco slipped one past Vics custodian Gillian Raymond to bring the game back to a single-goal differential; and with the clock ticking down Olivia Gurney found herself within shooting distance and smacked home a long-range bomb to level a thrilling contest at 2-2.

A share of the competition points was probably a fair reflection of the game, with a star performance from Raymond ensuring Vipers gained something from all their hard work.