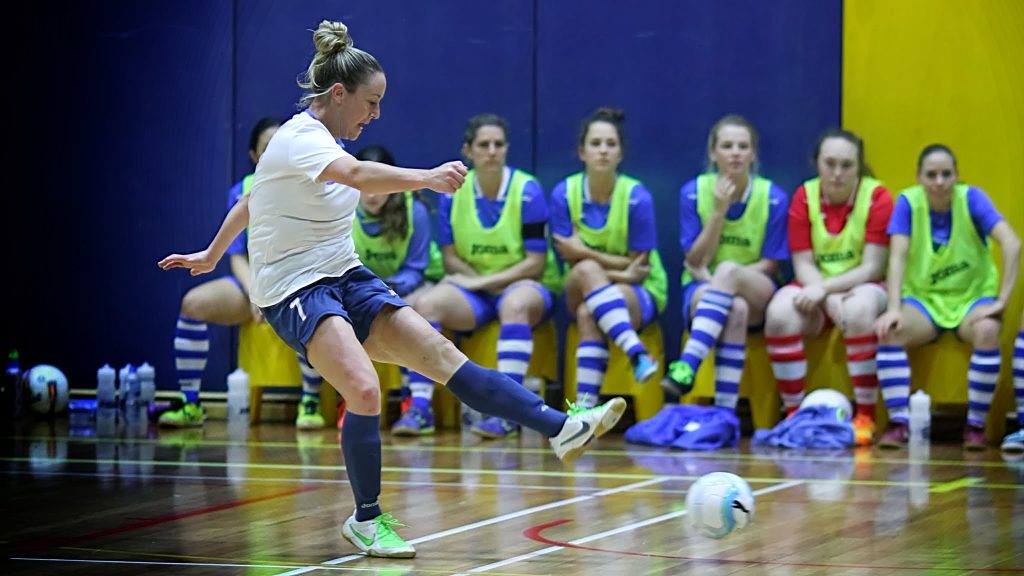 A double Boomerangs victory over the Vics 4-3 and Bayside Pirates 6-4 drew them level with Warriors on top of the 2016 Women’s PUMA F-League, while South Brisbane nailed East Coast 7-3 to also shoot up the ladder into third – two 10-goal shootouts joint seventh-highest league total (Dural’s 11-4 demolition of Capital last year the benchmark).

The Warriors versus South Brisbane match scheduled for Valentine Sports Park on Sunday afternoon was postponed due to the dangerous Sydney weather.

The Territorians exploded out of the blocks with a scintillating Sabrina Spinapolice scoring twice in the second-minute to stun the home side, but a series of missed opportunities at both ends of the court kept the score unchanged to halftime.

Vipers enjoyed the majority of possession while chasing the game but the match was seemingly put beyond reach when Alex Martens scored against the run of play to make 3-nil to Boomerangs with five minutes left to play.

Vipers called timeout and had no alternative but to go to the powerplay and pocket-rocket Doris Osman obliged, coolly slotting home quick goals in the 36th and 37th minutes only to see Boomerangs rally again and pinch another through Tabitha Metherell with the scores teetering at 4-2 three minutes from the end.

The match wasn’t over and Ceyda Cambaz slammed one home a minute later to bring the margin back to a solitary goal but Boomerangs held on for an exciting victory.

Boomerangs had to work hard for a grinding 6-4 win against Bayside Pirates at the Caroline Springs Leisure Centre on Saturday night.

The visitors crafted out a 4-2 halftime lead but couldn’t shake the newcomers in a see-sawing second-half that saw Boomerangs claim a fine two-goal victory and draw level with Dural on the points table.

The Territorians experience showed as they held out a determined Pirates crew, Olivia Gurney scoring the Boomerangs first after 46 seconds, Natalie De Marco adding a second and Rachael Corbett making it 3-0 after just five minutes of play.

Despite the scoreline Bayside settled and an attacking right-flank run from captain Liesl Woods culminated in a sizzling shot across goal and a far-post deflection off defender Kate Deakin saw it go in to drag the score back to 3-1.

It was deja-vu for the visitors as Sabrina Spinapolice also found the back of her own net to make it 3-2 – with all five goals scored by Boomerangs players and the Pirates back in the game!

However, the Boomerangs experience started to show as the Bayside foul count mounted, resulting in a long penalty dispatched by Gurney to make it 4-2 at halftime, Alex Martins extending the buffer before the Pirates responded through Ilona Jakab’s fine shot from outside the penalty area.

Neither side was giving an inch a very closely contested match but when Corbett bagged her second a 6-3 scoreline seemed out of reach for Bayside, Pirates flanker Steph Tanti landing a late goal to round out a game largely controlled by Boomerangs – a six-point Melbourne road trip pleasing coach Kristian Collins.