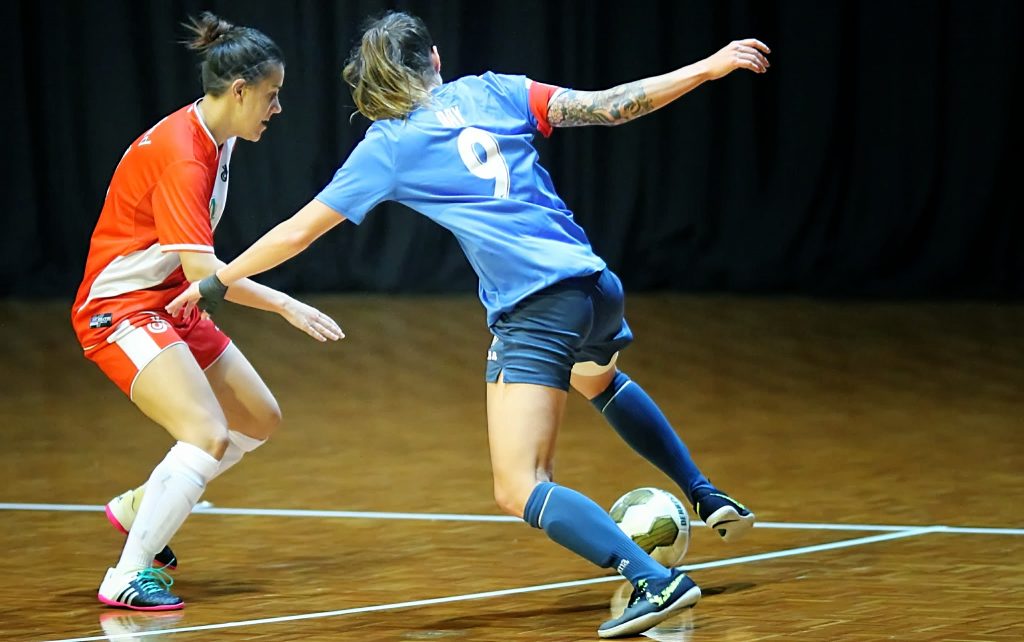 Dural got off to a flyer with a double-victory in the ACT to slightly better East Coast’s win and draw from a successful Victorian hit-and-run to start the Women’s 2016 Puma F-League in gangbuster style.

Dural Warriors held off Boomerangs 5-2 to win the 2016 series opener at the AIS Arena on Saturday morning and claim a third straight victory against their Territorian counterparts..

A nervous start from both sides dissipated when Boomerangs ace Michaela Day’s mesmerising solo run was finished off with a cracker of a shot that punched the home team ahead, but this only sprang the defending champions into action and a Rachel Perrins equaliser was followed up by Sarah Yatim and Demelza Howard goals to give Warriors a handy 3-1 halftime break.

Boomerangs came out with renewed enthusiasm in the second half and halved the deficit when Rachael Corbett scored, but Dural had all the answers as Perrins and Yatim netted their second goals to propel Warriors to a 5-2 win.

Boomerangs coach Kristian Collins noted the clinical finishing nature of the Sydneysiders and their capacity to convert hard work into goals as the main difference between the teams, although it must be said that the Territorians fielded four teenage debutants grabbing valuable court time in a testing season-opener.

Vipers hadn’t beaten Heat in two previous starts (6-4 and 11-2 losses) but grabbed the ascendancy following a scoreless but exciting chance-laden first half with Ceyda Cambaz finishing off at the far end moments into the second term from a well-worked piece in general play.

The lead was shortlived as Erin Clout responded for Heat on the half-hour following some outstanding defensive pressure to peg the teams level and neither side could find a late breakthrough, the match ending 1-1 and inflict East Coast’s sixth draw in 15 F-League contests (only South Brisbane have more with eight deadlocks in 39 encounters).

Dural Warriors laboured to a 4-2 defeat of spirited newcomers North Canberra Untouchables at the AIS Arena on Saturday afternoon.

Jennifer Bisset gave Untouchables a dream start with a smart score in the opening minute of play, team-mate Ashleigh Palombi grabbing another soon after to help secure a tight 2-2 halftime scoreline before the Warriors experience drove them home in the second stanza.

Yatim’s goal also pushed her into second place on the all-time scorers chart, a 26th F-League goal stepping her one ahead of Nikola Orgill but still a long way short of Jodie Bain’s dazzling 39 strikes. For the record, Warriors captain Rachel Perrins is on 22 goals, with Caitlyn Jarvie and Renee Tomkins on 21, and Doris Osman 19 goals.

Bayside Pirates gave East Coast Heat a great run for their money before last year’s premiers edged them for a gripping 3-2 win at the Caroline Springs Leisure Centre on Saturday night.

An even first half saw the sides enter the break locked at one-apiece and the second-half action swung both ways in a riveting affair that saw East Coast prevail by a goal.

Heat’s now unbeaten in three trips to Melbourne and remain undefeated in all their interstate travels winning four and drawing two games (only Parramatta Blues has a better ‘Away’ record registering seven wins and a draw in nine cross-border matches); and East Coast have lost just once in 15 F-League starts to show good signs for the season ahead.