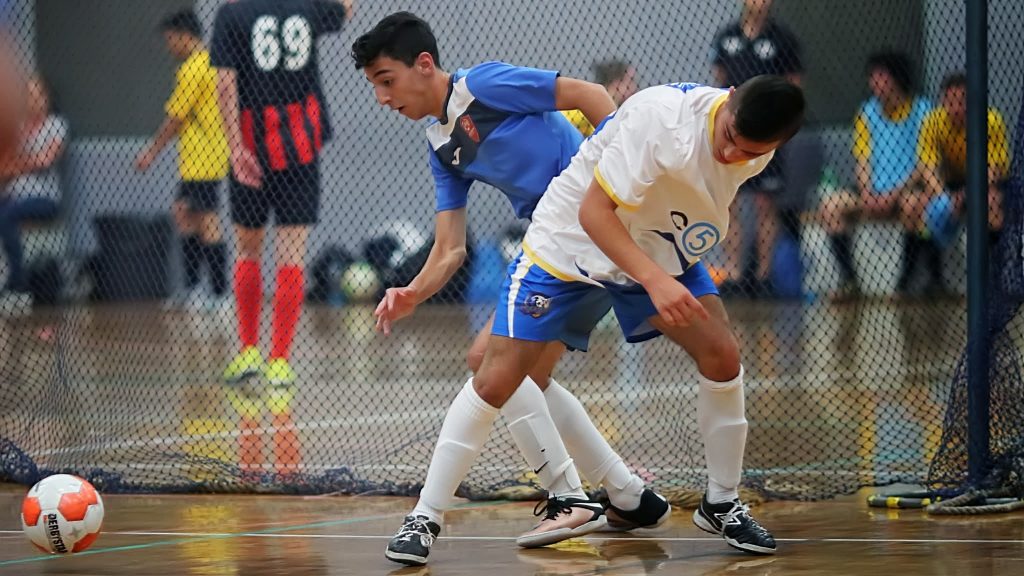 To see the photos of the two-day Championships head to our photo site.

A terrific weekend of futsal saw ten Boomerangs teams experience for the first time the NSW State Futsal Championships.  The primary purpose of competing at this event was as a pre-season warm up for the upcoming NSW Premier League competition.

The three youngest teams -10 boys, 11 boys and 11/12 girls competed in six games each at Valentine Sports Park – the State headquarters for elite futsal.  Players on all three teams had a fantastic weekend, winning some games, and losing others, but importantly learning more about how to play high-level futsal.

The 14 boys and 15 girls played their matches at Penrith and ended up with mixed results -and not enough wins to progress to the next round of matches. The boys drew their first game and then lost their next three to miss out on progressing to the finals round. The 15 girls also won just one match, losing two and also missing out on finals futsal.

The 16 boys won three and lost one of their four pool matches making it to the quarter-finals. Unfortunately, they  were well beaten in that match by eventual champions Mascot Vipers.

The 17 girls won one match, drew another, but unfortunately it was the two losses that had them slide out of the top two and eligibility for semi-finals.

The youth men won two of their pool matches and lost one, with the second win an impressive show of force in chasing goal differential. This earned them a semi-final spot against Mountain Majik – which they won in a thriller extra time match 5-4. The Grand Final had them going toe to toe with Premier League power side Enfield Rovers and again the match could not be resolved in regular time. The lads again did it in extra time taking out the final 3-2 and being crowned NSW State Champion.

The Boomerangs women’s team had four pool games for two wins, a draw, and a solitary loss – and this good return saw them miss out on finals by a solitary goal (in goal difference). A cruel blow to a team that performed strongly.

The men’s team topped their pool winning all three preliminary round matches, pitching them against Quake in a tough semi-final, in which they were defeated 2-4. A great effort by the lads running some new combinations in preparation for the upcoming Premier League season.

All in all a terrific weekend of futsal with all ten Boomerangs teams getting valuable court time together in preparation for the upcoming season. And of course special congratulations again to the Youth Men’s team who came away with the trophy and title of Champion team of NSW – continuing the tradition of strong results from Boomerangs Youth Men over the past 4-5 years.

The club plans to be back again next season, with perhaps a few more teams.

Football NSW has provided a wrap of the weekend’s proceedings.