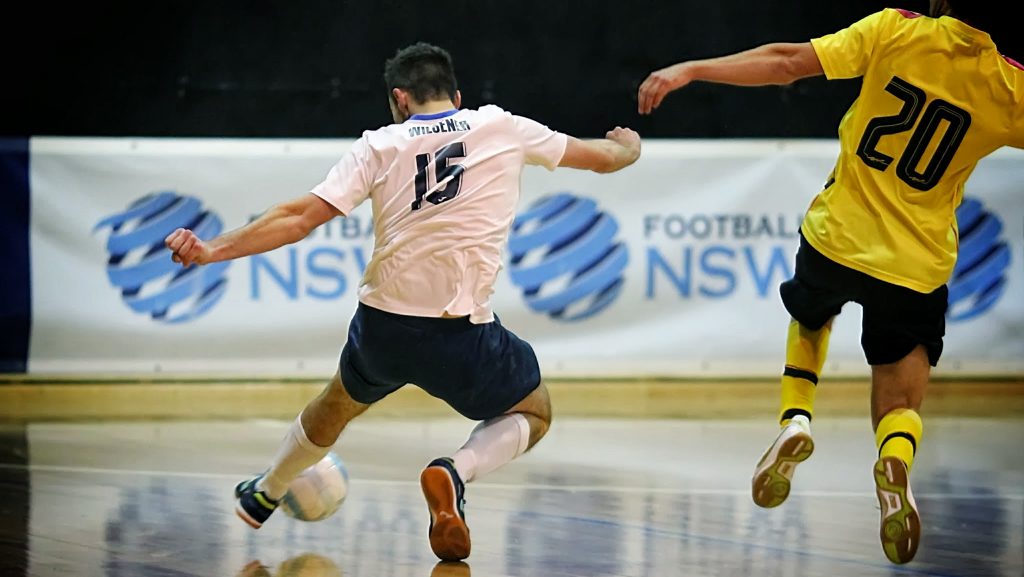 East Coast Heat did it tough in a spritely come-from-behind 6-3 defeat of Boomerangs at Valentine Sports Park on Saturday night.

Futsal veteran Chris Zeballos put East Coast ahead on six minutes with a deflected left-foot drive past Boomerangs keeper Nick Van Aalst before a series of missed guilt-edged chances from both sides saw halftime called with Heat 1-0 up.

Boomerangs came out firing in the second term with a Ben Basser-Silk powerdrive whistling past Mark Brackenrig in goal for East Coast, and the visitors grabbed the lead when a full-court throw caught Heat off guard and Basser-Silk half-volleyed home from close range to make it 2-1 to the Territorians.

East Coast’s youngsters then turned the game on its head with three quickfire goals on the half-hour mark, Anthony Haddad linking with Matt Mazevski who squared across goal for Aaron Fraser to turn the ball in, and less than 30 seconds later Haddad provided for Mazevski to sneak the ball under Van Aalst from a tight angle.

Heat led 5-2 within a minute when Mazevski returned the favour when he put the ball on a plate for Haddad to tap in from close range, and even the dismissal of Patrick Pace for a careless challenge couldn’t dent East Coast’s performance, Daniel Giovinazzo scoring for Boomerangs with the player advantage before Heat’s Grant Lynch turned his opponent and netted to seal his side’s first points of the season.

Galaxy FC proved decisive in a 7-1 dusting of North Canberra Untouchables at the Eagles Sports Complex on Saturday afternoon.

The home side dominated from the outset with consistent possession and nice build-up plays in the opposition half, North Canberra relying on the counter-attack to upset Galaxy’s plans and they kept FC keeper Reza Behbahani busy early on.

At the other end Brett Richardson and Scott Fenn goals gave Galaxy some breathing room during a high-fouling contest as the Queenslanders led 2-0 at the changeover.

Both sides launched attacks to start the second term with some scrambling defence keeping the score unchanged until Galaxy duo Vinicius Leite and Adam Finocchiaro scored to make it a cosier 4-0 before the half-hour.

The visitors bagged some hope when a surging run down the right resulted in a smart Ryan Tredinnick goal, but it was all Galaxy after that with Fenn tapping in a peachy Leite cross, glovesman Behbahani spotting an open North Canberra net as the Territorians went fifth-man, and Renagi Ingram pouncing on a loose rebound to finalise a 7-1 victory.

Galaxy have dropped just one of their past six games to show signs of considerable improvement and greater consistency.