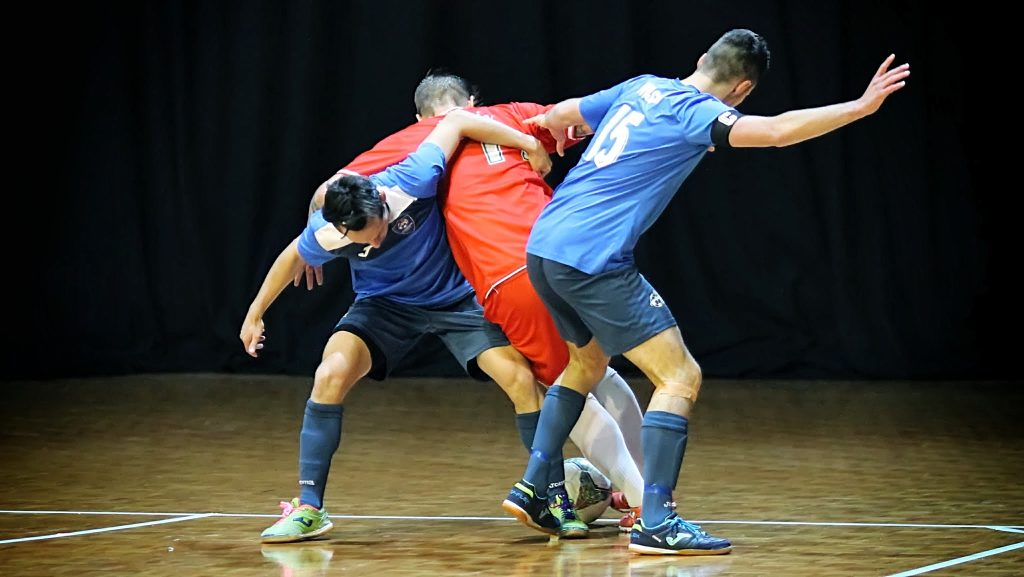 The 2016 Men’s Puma F-League kicked off in scintillating fashion with defending premiers Vic Vipers beating title-holders East Coast 5-3 in a fiery winter opener, explosive Dural skipping past Boomerangs by double-figures and following up with a firm five-goal defeat of North Canberra, while Inner West rounded out an action-packed weekend with an entertaining 2-2 draw with Galaxy and a 5-1 win against South Brisbane.

The home side jumped out of the blocks and a mountain of possession resulted in Victor Brauner and Matt Vragovski goals for Vipers to lead 2-0 at the interval, team-mate Adam Cooper extending the lead after the restart with the first of his two goals.

The fast-paced game then spun on its head when Grant Lynch and then Clayton Musumeci (twice) spearheaded an intensifying East Coast comeback that restored parity at 3-3 with 10 minutes to play.

With the game in the balance goals to Cooper and Vics captain Jason Barrientos returned Vipers in front in the closing minutes and some experienced heads kept the Heat at bay to register a solid first-up win for Vipers and put last year’s shock semi-final loss to fourth-placed East Coast behind them.

It was the Vic’s seventh win in 11 F-League East Coast meetings, and seven of the encounters have been decided by two goals or less in what seems to be a wonderful rivalry on the build.

Dural romped to a 12-1 defeat of Boomerangs at the AIS Arena on Saturday afternoon, the match all but over midway through with Warriors 6-0 up and Territorian player Nathan Megic red-carded.

Glen Kelshaw and Jacob Basden both netted hat-tricks for the triumphant visitors, Daine Merrin and Wade Giovenali contributing a brace each, while Jake Wilsener scored for a resilient Boomerangs who unfortunately set a new league-low 13 matches without a win to surpass the Bayside Pirates 2015 struggle.

Dural have now won 10 and drawn two of 13 fixtures between the clubs and an equal seventh-highest winning-margin of 11 goals was also the biggest Boomerangs loss since a 12-1 surrender to Inner City back in 2011.

On the plus-side a young Boomerangs outfit showed great character in defending resolutely for long periods and should only get better as the season rolls on.

Magic started with plenty of ball before Galaxy began to assert themselves and commanded first-half possession with a flurry of attacking opportunities that missed the decisive blow, the scoreline goal-less at the break but the game boasting lots of intent.

Against the run of play Brenno De Almeida put the visitors ahead with a goal just after halftime only to stir Galaxy into action with stalwart Renagi Ingram firing home from an acute angle moments later to level proceedings, and Vinicius Leite catapulted them ahead converting a penalty after Magic handballed inside the D just before the half-hour.

Inner West coach Steven Knight launched into a fifth-man press and almost equalised several times before a full-court shot from Galaxy keeper James Weidmann bounced, hit the post, bobbled around a bit and came to rest on the goal-line before being swept away.

Magic were throwing everything into it but lost the services of Daniel Vellonio to a red card, and Galaxy’s continued looks at a vacant goal were becoming ominous until Salve bobbed up with two minutes to go with an sharp chance that ensured the spoils would be shared.

It’s a close affair between these sides with Magic’s 3-1 win in NSW last year bookended by 2-2 draws north of the border.

A clinical Inner West stopped South Brisbane 5-1 at the Eagle Sports Centre on Saturday afternoon, a third straight Magic win over the northerners.

Inner West were first to score in a high-tempo affair with a rifling shot that found its mark followed closely by a corner set-play and brilliant counter-attack that thrust Magic to a nifty 3-0 advantage.

A South Brisbane penalty provided plenty of hope a few minutes out from the break; but the visitors weren’t having anything of it and two quick goals lifted Inner West 5-1 in front at the changeover.

The Queenslanders gave it their all in a second-half siege but the Magic defence absorbed everything South Brisbane had and a scoreless yet tense second term ended with the travellers on top, elevating Inner West to F-League’s best- ‘Away’ side with six wins and two draws on the road slightly bettering Dural (74% win-rate), Vic Vipers (64%), Sydney Scorpions (64%) and Inner City (63%).

Dural Warriors consolidated their super strong start to the 2016 campaign with a finely-crafted 8-3 success against North Canberra Untouchables at the AIS Arena on Saturday afternoon.

The home side showed their mettle early with Aidan Brown, Richard Moon and Victor Yanes blasting goals inside the opening 10 minutes, but Dural kept pace as Wade Giovenali netted four times and team-mates Daine Merrin, Vic Koutsoufis, Jacob Basden and Greg Giovenali also finding the back of the net to canter away from North Canberra.

The Warriors have only lost once in 12 ACT-visits (back in 2013) – in fact they’ve only ever lost three games in 31 cross-border excursions to underline their enormous travelling threat.