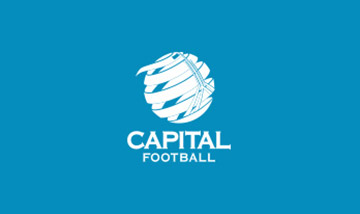 Canberra will have a new ‘Home of Football’ following the announcement of a $20 million investment by the ACT Government, announced in Tuesday’s budget.

The facility, to be built at Throsby, will be the new headquarters for football in the ACT. It will feature multiple outdoor fields, indoor futsal courts, office space for Capital Football, and associated amenities.

With the ACT Government investing $20 million to the project, Capital Football will contribute $4.5 million to build the $24.5 million-dollar facility. It is expected to be operational during the second half of 2021.

Capital Football CEO, Phil Brown, says the organisation has been looking for a parcel of land in the ACT to establish a headquarters for the entire football community for some time as many facilities are already operating at capacity. He says, “This high performance and community facility is just as much about providing for the grassroots as it is about providing a training base for our elite teams, such as Canberra United.”

And Mr Brown says the establishment of futsal courts will contribute to gender parity in football; “In Canberra, 42 per cent of futsal players are female. This is more than double the national average for females of 20 per cent. With Futsal centres in Canberra at capacity, the new facility will provide opportunity to run more competitions that will support our work to achieve parity with male participation.”

Tuesday’s budget announcement sees the ACT Government partnering with Capital Football and Football Federation of Australia (FFA) to establish the headquarters for football in Canberra. Mr Brown sees this injection of funds as having significant benefit for the future of Canberra football, “The ‘Home of Football’ facility represents a real opportunity for strategic growth in football in the ACT.”

As part of the partnership, the FFA will be bringing three elite games to Canberra over the next 18 months, including Matildas and Socceroos matches. Further details around these games will be announced on Friday morning when an official Home of Football announcement will be held onsite in Throsby with representatives from the ACT Government, Capital Football and Football Federation of Australia.