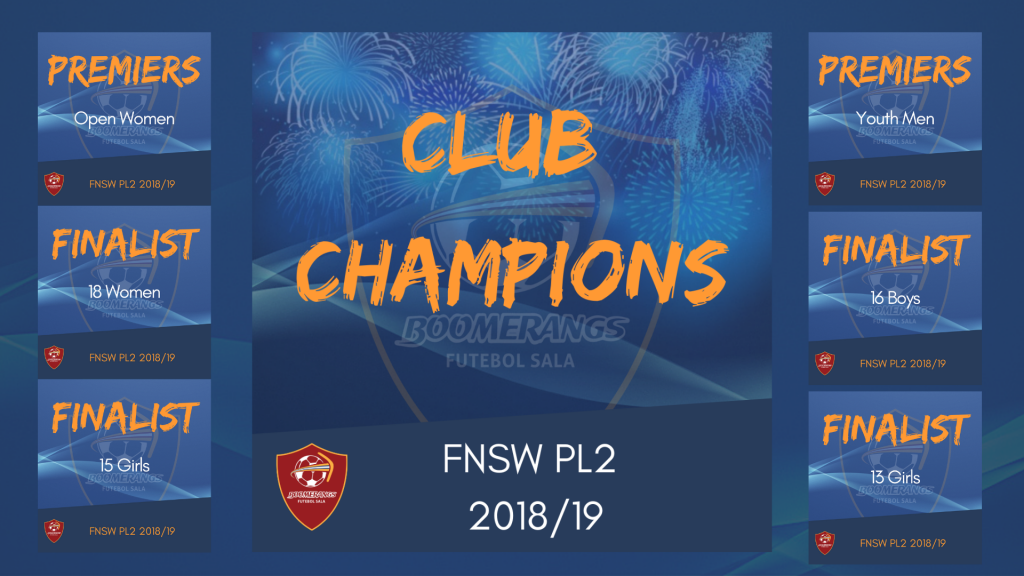 Boomerangs FS is seeking new and existing players to trial for the 2019 FNSW Premier League competition.

All junior players interested in playing this coming summer season must complete the form below by Sunday, June 16.

After a hugely successful 18/19 season, and gaining promotion from PL2, Boomerangs FS will contest the FNSW PL1 competition for the summer season of 2019 with matches commencing late in September.

The season will consist of fourteen competitive rounds of home and away matches including seven away games to various parts of Sydney, potentially a double header weekend and finals. Player trials will commence during late June/early July with teams selected ready for pre-season training to commence in early August.

There will also be increased opportunity for the younger development age groups to have matches against Sydney teams every round, as there is an expanded requirement to field teams in development squads in PL1.

All players, both new and returning are required to trial, including for the younger development age groups:

Open age men and women players that are known to the club will be invited to trial. If you are an open age player that has not previously played for the club and want to trial, please also complete the form below.

All junior players interested in playing this coming summer season must complete the form below by Friday June 14. Registration deadline has now been extended to Sunday June 16.

Trial dates are noted below. All trials will be held at Radford College, Belconnen.