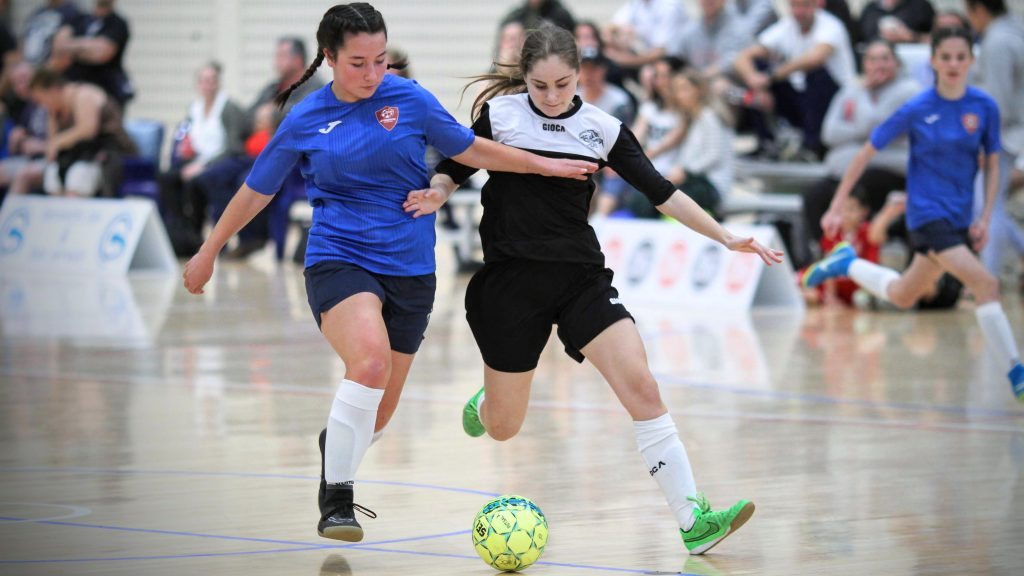 The 13 girls have been in sparkling form at the back end of the season having lost only one match since Round 6 and finishing the regular season with two very strong wins. They are confident they have what it takes to progress to Sunday’s Grand Final.

The second placed 15s take on third placed Sydney City Eagles for a spot in the Grand Final. The 15s have bettered their Eagles opposition in both encounters this season, with a 3-1 win at home and a nail-biting 4-3 win away in the Round 11 match – played at the back end of a double header weekend.

The Boomers 15s have finished the regular season with a 10/2/2 record, topping the Eagles return of just seven wins and a draw. In finals though, this counts for nothing and the girls will need to be in top form to progress to Sunday’s match.

The second placed 16 boys take on a strong Raiders Futsal outfit that finished just a single win behind them on the end-of-season ladder. Results for the season were split, with each team winning ‘on the road’.

The Boomers win in the first round was comfortable after holding a lead throughout. The return high-scoring affair at the AIS was close till half time, with the Raiders powering through the second half to take the valuable three competition points.

This game will no doubt be close, and to win, the Boomers will need to restrict the Raiders scoring opportunities and maximise their own.

The 18 Women’s team takes on SD Raiders – a team they have yet to defeat this season, with SD Raiders accounting for half of the Boomers four losses this season.

Away at Fairfield saw the SD Raiders women come out on top of a single goal difference game, 3-2, with the return match at the AIS in Round 12, also a single goal match that the visitors took again by a single goal, 1-0.

This match has the potential to be the tightest result of the day, and if history is to be taken into account, a single goal either way will likely separate the two teams.

The youth men’s match will undoubtedly be a thriller, as they often are. Phoenix yet to taste victory this season against the strong Boomers 19s outfit, with a 2-2 draw on their home court, followed by a 5-2 defeat to the Boomers in the return fixture at the AIS.

The strength, fitness and pure passion shown by the Boomerangs youth will help them in their efforts to overcome their semi-final opponents. They have shown time and again this season – and last (and in the all-important final regular round match against Crusaders), their capacity to fight for the win for the entire 40 minutes.

The Boomerangs Open Women’s team has been the standard bearer for the competition this season, with the best defensive record, a strong and diverse line up that can count on goals from across the court and deep into the bench.

The risk is though, that it all falls to pieces with the finish line approaching.  The only defeat suffered by the women this season, was to the Taipans early in the season. However, this was more than offset by a stunning victory by a much depleted line up that took on Taipans in the reverse fixture (again played away in Wollongong on a Sunday morning).

The ladies have the opportunity to cap off their terrific season, and will not be taking the Taipans at all lightly. They are motivated to get to, and win, the Grand Final and will be working hard to progress.

After the semi-finals on Saturday at Dural, there will be little rest for the victors as they will need to prepare for the Grand Final showdowns on Sunday at Middleton Grange. Unfortunately, for those that do not progress, this will mean the end of the shortened season and will provide little reward for a tough season.