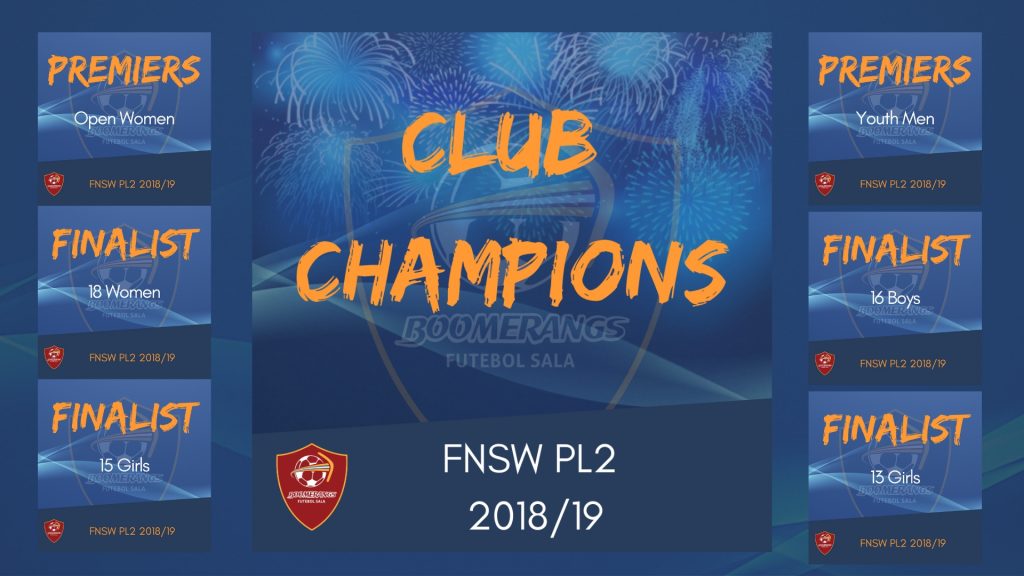 There was significant interest from players in the younger age groups that allowed the formation of a 9 boys team, to complement the 10s and 11s. The 11/12 girls also grew in number. The experience they have gained will certainly help the quality and strength of the 12 boys and 13 girls in years.

Many development squad players did get the opportunity to play up in the competitive age groups at times this season, both boys and girls and when they did they played with distinction, never letting the team down and contributing by playing their role, listening to the coach and helping their teammates.


COMPETITIVE SQUADS
12 BOYS
The 12 boys were a little light on experienced players this season with many of them playing their first season in the FNSW competition. They finished quite a way off the pace, but with the inclusion of some of the (experienced) 11s  into next season’s squad, they should start to get more positive results.

The lads trained hard, learnt from the coaching staff, and started to apply their learnings as the season progressed. Next season’s goal will definitely be to see an improvement in results and to play a more robust, defensive game of futsal.

13 GIRLS
The youngest competitive age girls group was a little slow in getting into the groove this year, but by the time the second half of the season came around, they were flying. The fact that they lost only four matches during the entire regular season was a testament to their grit and determination.

This playing group came a long way over their 14 matches and played some sparkling futsal at times, inflicting some scoreboard damage to a few teams during the back end of the season. They did exceptionally well to secure a finals spot in the final round of the regular season.

The finals appearance though, was short-lived with a sudden death 4th v 1st match a bit of a stretch for the girls. They acquitted themselves well in the but did not bring what was required on the day to overcome the strong outfit from SD Raiders – a team that took out both the semi-final and the Grand Final comfortably.

These girls – with the addition of a few graduating from the 11/12s – will no doubt be competitive in the PL1 next season if they continue with the hard work and discipline that they showed at the back end of this season and on the back of their solid defensive ethos.

14 BOYS
The 14s had a mixed season where at times they ‘clicked’ and really looked the goods, while at other times, they couldn’t buy a goal to win a game. A seventh spot finish on the ladder was disappointing and probably didn’t reflect the individual and combined capability of these lads.

This is an age group where the club has struggled to be competitive in most seasons (although they did finish fourth and played a finals match last season). This group had the skill, the team play and the determination – but often times were out-sized and out-muscled by many of the physically stronger Sydney teams.

Quite a few of these lads will be in their second year of 14 boys next season, so should be able to improve on this season’s results – even though it will be against stronger PL1 teams.

15 GIRLS
Hot on the heels of an undefeated regular 17/18 season for this age group, finishing both Premiers and Champions, the pressure was on for this cohort of girls to replicate that form this season.

At times, this year’s team did look capable of repeating last year’s remarkable season, but a couple winnable draws to start the season off and losses against Raiders Futsal (R8), and then SD Raiders (R12) ensured they finished just a couple of points shy of Raiders Futsal in spot. These were clearly the two strongest teams across the 14-match season.

The girl’s finals experience was not at all what was expected, appearing quite nervous and hesitant on the day against a highly motivated Sydney City Eagles team. They certainly didn’t bring their ‘A’ game to the finals weekend and were bundled out before given the opportunity to test themselves against Raiders (who ended up Champions after defeating Eagles 2-1) in the final.

There is plenty of quality amongst these ‘middle-aged’ girls and they will no doubt put together a solid season in PL1 in 19/20.

16 BOYS
The 16 boys were a large squad for season 18/19, with many of them asked to regularly back up in the 19 men’s team. There was quality across the court in this squad, and it mattered little who was on the court at any time, they consistently looked strong and in control.

The lads started the season very well, being unbeaten across the first half of the competition. However, the back end saw them lose four of their seven matches to see them finish the regular season in spot seven points behind the strong Taipans team.

A strong and very impressive semi-final win against Raiders Futsal saw the boys fly into the Grand Final full of confidence and momentum. However, they came up against an immovable object in Phoenix – a team they had split results with during the regular season.

Once again, it was the team with greater determination and fight that got over the line. The lads did well though, with a second place during the regular season and a Grand Final appearance. They will be well equipped to acquit themselves well in PL1 next season.

18 WOMEN
The 18 women won seven of their last eight matches leading into the finals series and were in as good a form as they had been all season. Their start to the season was a bit inconsistent, but they were certainly putting it together in the ‘business end’ of the season.

It was Raiders Futsal (with only a single loss in the regular season) that again kept them from spot and the Premiership.

Coming into finals though, they were confident against the fast-finishing SD Raiders team despite having lost both their regular season matches to them (by a solitary goal each time).

Unfortunately the rub of the court went the way of the SD Raiders ladies, and the Boomers had trouble matching the intensity and physicality of the team from the Southern Districts of Sydney.

These Boomers young women will be more than competitive in the PL1 competition of 19/20 with many of them in their first season of 18s this season and only two or three graduating to the open women’s team. This, combined with a few older players coming up from the 15s will make this age group strong again next season.

YOUTH MEN
The youth men squad were probably the surprise packet of the year and not one that many would have had winning the Premiership. The squad of ‘at age’ players was not overly deep – but the coach knew he had some very high-quality 16-year-old players that could be rotated through the 19s on a regular basis without losing any quality.

This age group often provides the highlight in entertainment on match days – especially when enjoying a match lead. But they weren’t all show, on three occasions the had to dig deep to stave off defeat with hard-fought draws.

Across the regular season, they lost just two matches (Sydney Futsal in R3 and SD Raiders in R5) and they were remarkably unbeaten across the final nine matches of the season. They certainly deserved their Premiership Trophy.

The semi-final win over Phoenix was hard fought and set them up well for the Grand Final against SD Raiders. A high-quality final saw the quality SD Raiders lads hold a slight edge over the Boomers youth across the forty-minute final and the lads were very disappointed not to come away with the Championship Trophy to pair their Premiership.

With four or five of the experienced 16s coming up to this age group next season they will be more than equipped to handle all that the PL1 competition throws at them.

OPEN WOMEN
The open women’s team were the pace-setters once again this season – as they have been for the past few. Just a solitary loss in Round 2 (to Taipans) followed by a streak of 12 wins in a row had them looking red hot favourites for the Premiership/Championship double.

The success of this team over recent years has been built on a rock solid defensive system which conceded just 14 goals in 17/18 and just 18 in 18/19 across the 14 regular season games – whilst freely scoring at the offensive end to the tune of five goals a game.

The squad this season was diverse and the combinations of players playing each week varied – including quite a few of the 18s. But it didn’t seem to matter which players were there – when they turned up, they turned up to play and to win.

Unfortunately the winning run came to an end in the elimination semi-final where a motivated Taipans brought their A-game to the court and controlled the match from the opening whistle to the end. The Boomers ladies could not get into the match at all, no matter how hard they tried.

OPEN MEN
The men’s team had quite a strange season. They played consistently well – at some stages fantastically well – but they had trouble all season in getting the ball into the back of the net at the offensive end with any regularity.

Aside from the 14 goals they slotted past Taipans in two games, they could only manage a further 24 goals across the remaining 12 matches. And despite being placed in seventh on the ladder at season’s end, they maintained the third best defensive record.

Goal scoring practice will certainly be on the agenda in the off-season and in the lead up to next season.

Moving on from a season with little return, next season in PL1 will suit the men, who always appear to match up better against PL1 teams (as they did against PL1 Premiers and Grand Finalists, Dural Warriors in the FNSW Futsal Cup mid-season).

2018/2019 FNSW PL2 season can officially go down as a successful season – and with the Club Championship coming the club’s way, we can now look forward to the challenges that the PL1 competition will bring next season.

The club is very thankful of all its sponsors – both at the club and player level (over 60 players were supported by sponsors this season). If you have the opportunity, please support these sponsors so they return for the Boomerangs experience next season.

Video highlights of matches throughout the season can be found at BoomersTV and photos at the Boomerangs Google Photos site.