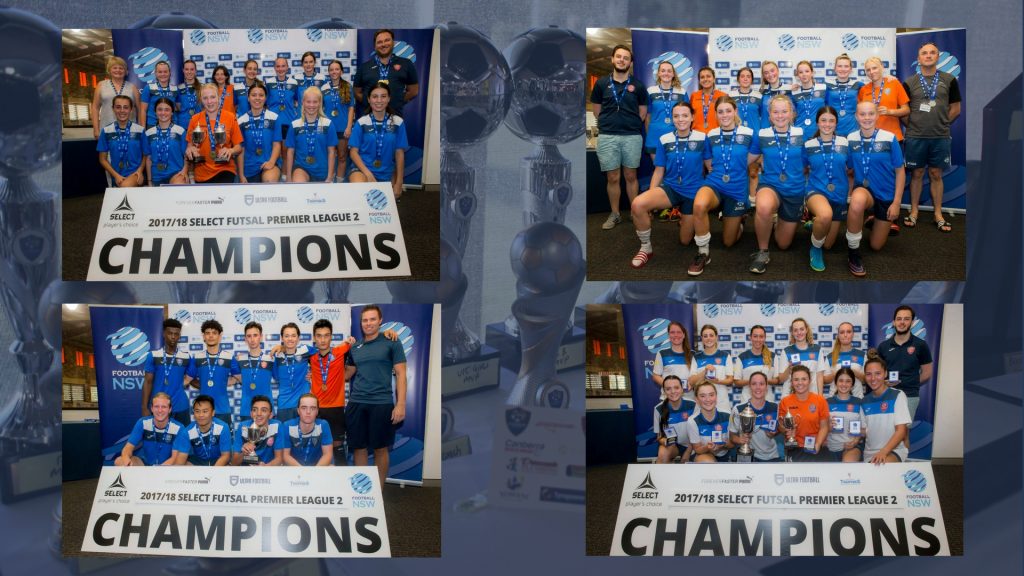 *Note that the MVP awards were voted by the players themselves and the coaches award based on criteria the coach thought most valuable.

12 BOYS
The 12 boys were a little light on ‘at-age’ players during this season but were ably assisted by some of the 10 and 11 boys playing up each week.  They finished quite a way off the pace, but with the inclusion of some of the developing 11 s  into next season’s squad, they should start to get more positive results. The lads in the team trained hard, learnt from the coaching staff and started to apply their learnings as the season progressed. Next season’s goal will definitely be to see an improvement in results and to play in finals.

13 GIRLS
Like the 12 boys, the youngest competitive age girls group was also a little light on ‘at-age’ players and relied upon development squad girls to fill in each week. This group, which trained and worked together as a squad all season with the 11s and 12s, did come a long way during the season and really looked to inflict some damage on the top teams during the second half of the season. As next season starts, they need to continue this effort, teamwork, and development of individual skills to get into the top four. A great effort for the girls to finish with six wins, and a draw from their fourteen matches and to end the season with a positive goal difference.

14 BOYS
The 14s had a mixed season where at times they seemed unbeatable, and at other times they couldn’t buy a goal to win a game. A fourth spot finish on the ladder was a fair representation of where they were at this season and gave them a first up opportunity at finals futsal – albeit an elimination final. Unfortunately, that’s where their season ended, but they looked very sharp and ready to play in their do-or-die match against Raiders. There is certainly some scope with these boys to move up the ladder next season and to shoot for a top-two finish.

15 GIRLS
What can be said about the 15 girls that hasn’t already? Coach Mark Dowling moulded this side into a crack team; full of individually skilled players, but more importantly, full of players who knew how to play their role, and how to win games. And of course, they won every single regular season match they contested (the only team across all three FNSW futsal leagues – and across all age groups – to do so). Conceding only a miserly ten goals all season is a special defensive effort starting at the back with a top-notch keeper, and court players who understood how to defend against even the strongest of teams. 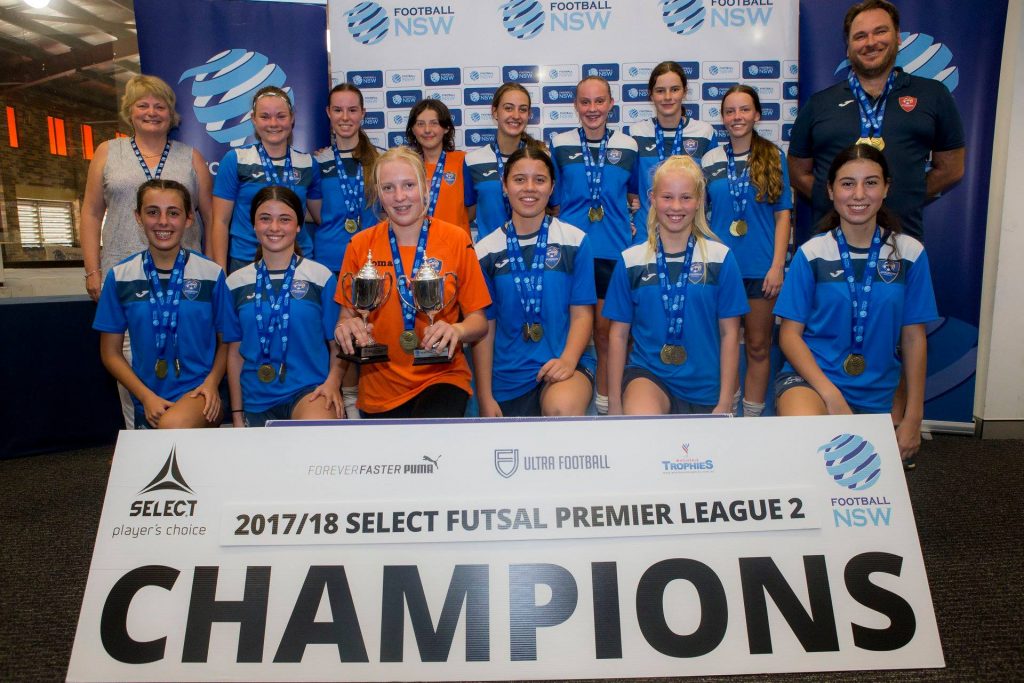 16 BOYS
The 16 boys struggled again this season. Whilst a bunch of highly talented and skilled players, they failed to gel as a unit often enough to really cause other teams some grief. Like many of the other Boomers teams, they did improve at the back end of the season, and several of the boys had some great results at the FFA Futsal Nationals. A couple of them even played up in the senior men’s Premier League competition in the ACT, which has certainly helped their development and progression. Congratulations must also go to Will Manalo who played regularly up in the Youth age group and was rewarded with a Grand Final win and Championship medal.

18 WOMEN
The 18 girls had a season where it seems they could have achieved more, but at all times showed they were highly competitive when it really mattered. Ten wins from fourteen matches is a terrific effort – but it could have been even better if they were more consistent.  They were second to Raiders Futsal in almost all areas this season. Second on the competition ladder, runners-up to the Raiders in the Grand Final, second highest goal scoring team and equal best defensive team.

There is significant talent in this team, and with several players moving up to Open Women’s and several more coming up from 15s, this age group holds great promise for season 18/19. 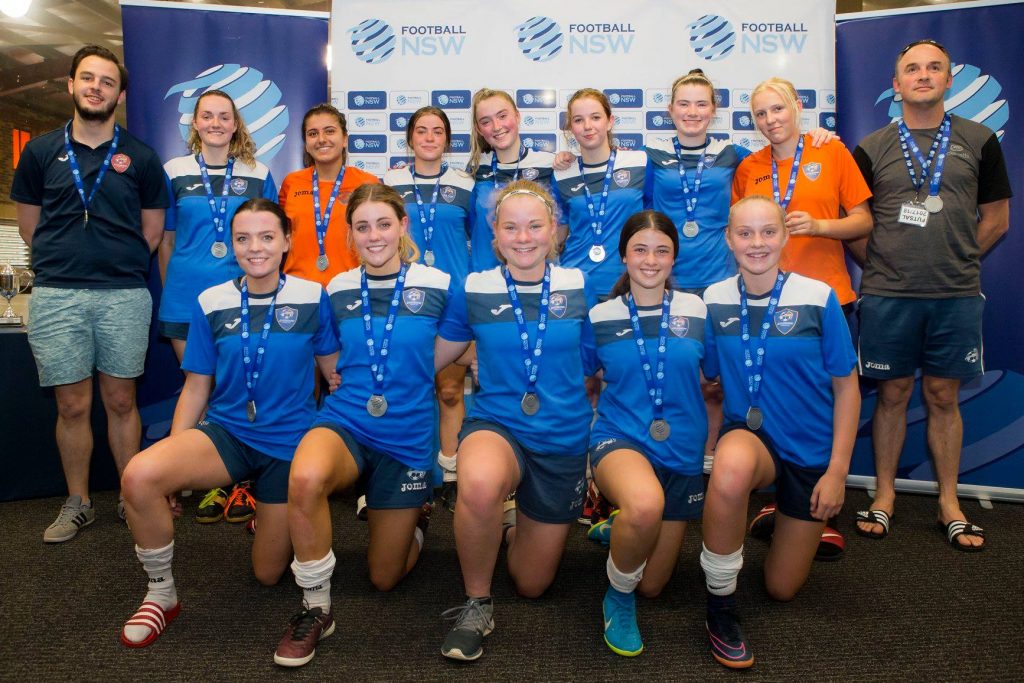 YOUTH MEN
What can be said about ‘the entertainers’?  They certainly did entertain – a look at their highlights reel for the season showed the magnificent skills and abilities of these lads and bucket loads of confidence – against any opposition. They scored multiple high-quality goals that often stunned those fortunate enough to be watching – even their opposition. But they also at times conceded at the defensive end with periods of lax concentration and at times effort.

The variable roster of players for this age group was also a factor. The team was built on the core group of ‘the three amigos’ (Elie Darwich, Jayde James-Ward and Dylan Aitolu) with incredible support between the sticks by Jamie-Lee Guo. Other players rotated in and out of the team, including a number of quality players that were conscripted into the Canberra Utd NPL Youth team for much of the season and a few of the 16s boys.

Just over a week out from finals and these lads were out of finals contention and in fifth place, but a solid win in the final round, followed up by an inspired defeat of Sydney City Eagles, an extra time heart-stopper against Central Coast, and then a massive come-from-behind Grand Final victory against Raiders added credence to the entertainers role but added the term ‘heart-stoppers’ as well. 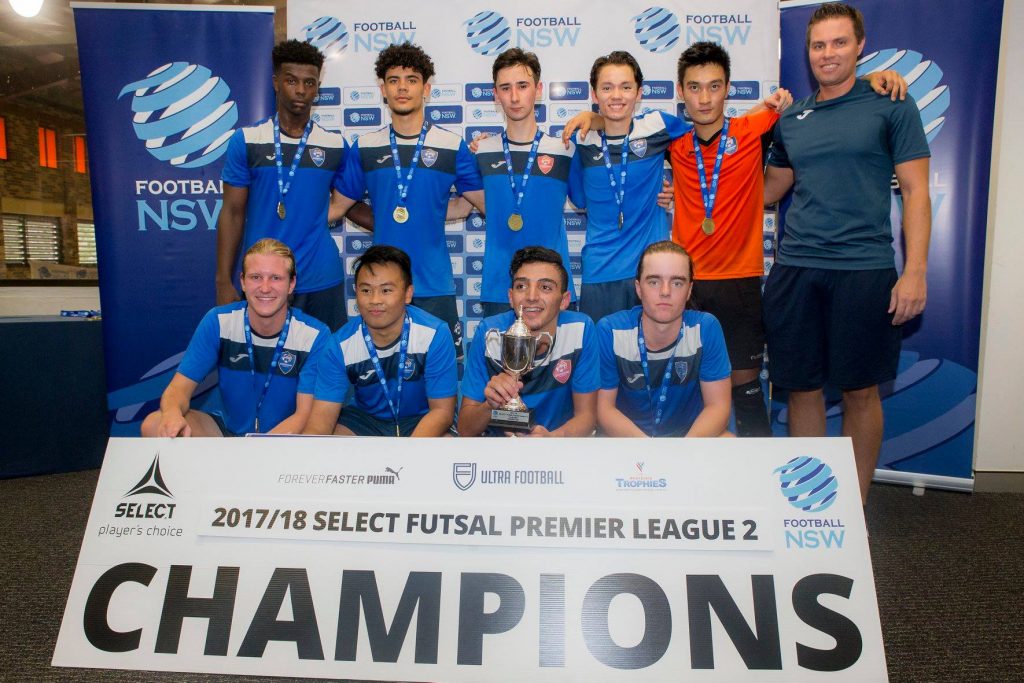 OPEN WOMEN
The open women’s team once again showed that the ACT produces some of the country’s finest female futsal players. Consistently, across this competition, and previously in PL1, the F-League, and National Championships they have demonstrated their ability to finish right at the top of any competition.

The ladies finished just a single point away from being crowned Premiers, but with a superior goal difference – by a mile – bagging an incredible 65 goals throughout the regular season and conceding just over a single goal per match played. Amazing.

The loss in the qualifying final to Hakoah hurt the girls following the narrow defeat a few weeks earlier to concede the Premiership. They dusted themselves off, and under the tutelage of a stand-in coach, Nick van Aalst for the final two matches, they made sure of both results. The first half of the Grand Final was absolutely special, with the Boomerangs women scoring five unanswered to blow Hakoah off the court in just twenty minutes. Definitely some sweet revenge for earlier losses. 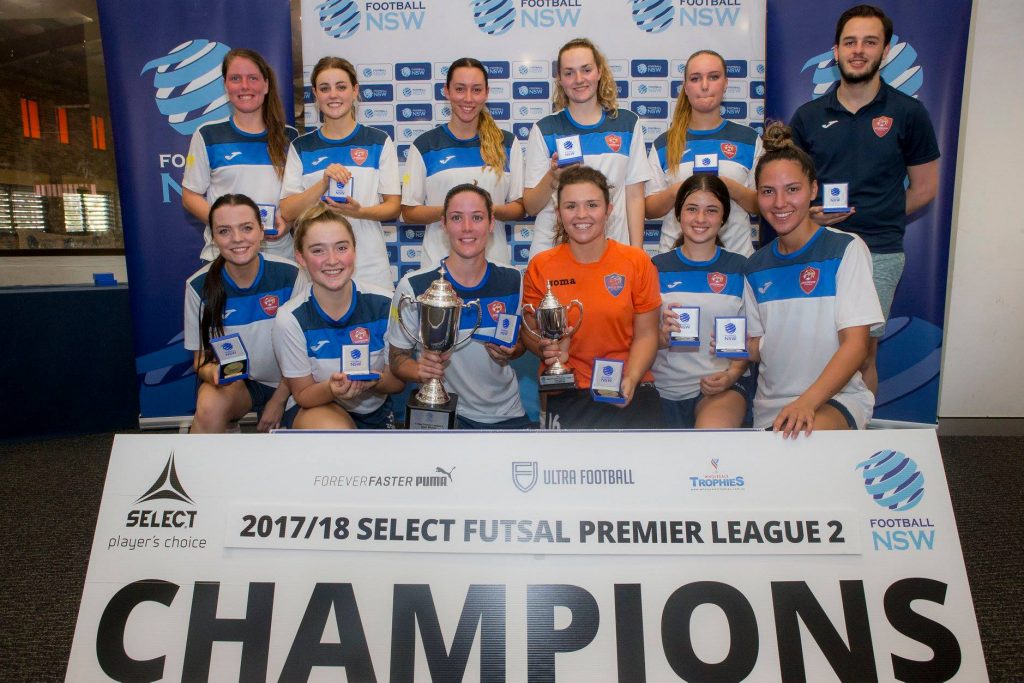 OPEN MEN
The men continued their fine form this season despite the team suffering a high number of injuries to key players. The depth of the squad was tested at many times with up to six regulars not available for some matches.

For the lads that did play week in week out and turned up to work hard at training and in the ACT Premier League competition, they were due some reward. A series of unlikely events saw the team initially out of the finals in fifth place after the fourteen league matches were played, then bumped up to Minor Premiers in the blink of an eye. A solid win in the qualifying final was overturned on appeal, and a narrow loss in the preliminary final ended the run.

As usual, a solid effort by the men’s team; and given the tumultuous season that injuries caused, a really solid set of results, just missing out on a Grand Final appearance and a chance to again acquit themselves at the highest level.

2017/2018 FNSW PL2 season can officially go down as a cracker of a season – and whilst the Club Championship was not forthcoming, there were enough positive signs across all age groups that next season will be better still.

Two video highlights packages have been produced to show the goals and special moments of the season. Check them out.

Thanks to FNSW and Damian Briggs for the photos