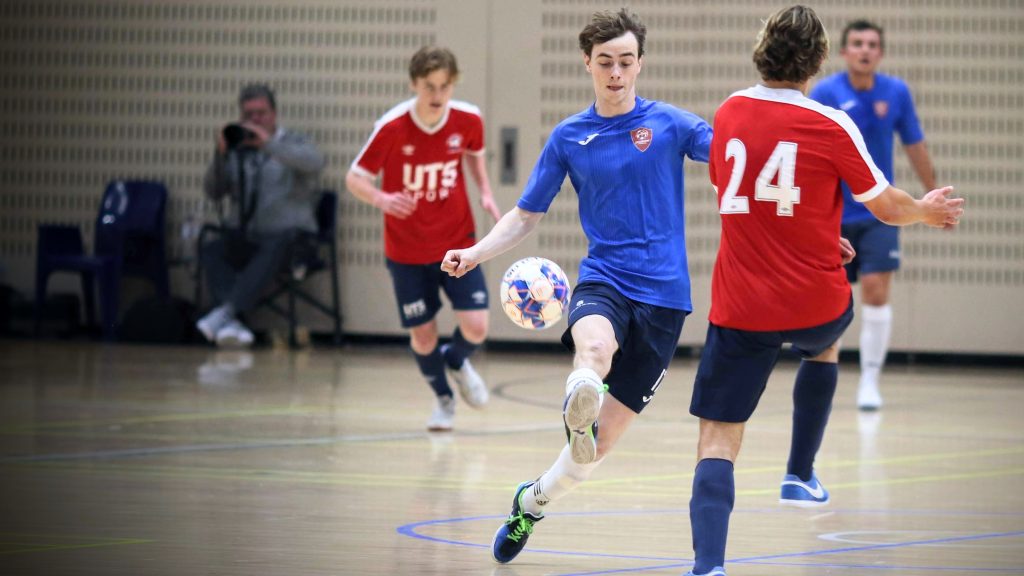 The 12 boys, 13 girls and 14 boys were all blown away by the strong start of the visiting UTS teams. The 12s conceded five in the first half and the 13s and 14s six. The second half performances by both the 12s and 13s were a vast improvement, (12s, 1-2 and 13s 0-2), but the strong UTS 14s slotted a further four against the Boomers 14s that could only ask the scorer to take note just once in the second twenty.

The youngest of UTS competitive age groups were well drilled and played the game at a higher intensity than was expected by the home sides.

The 15 girls started their match well, and even as they were down 1-3 at the half-time break, there was always a sense they could get back into the game. This was not to be, however, as the visitors scored the solitary second-half goal to take the match reasonably comfortably, despite an improved performance from the Boomers girls.

The first half of the 16 boys match was highly competitive and the Boomers boys were right in the thick of it with only a single goal deficit to catch up after the break. The visitors had other ideas though and lifted the intensity in the second stanza to, in the end, take the match comfortably due to some free shots on an undefended goal as the 16 Boomers pushed for victory with a fly keeper, after they had narrowed the margin again to a single goal.

The 17 girls were right in this match for the duration and had the best of the possession, court position and shots on goal for most of the match. They couldn’t, though, penetrate past the tight UTS defence – no matter how many shots they had on target. A single second-half goal with just four minutes to play was all that separated the two teams in what was a disappointing outcome for the home side.

The youth men looked positive in the first half of their game against UTS, scoring two to match it with the visitors. They looked confident they could go on with it after the break. This was, once again, not to be the case – as the visitors lifted their intensity when it really mattered and slotted a further three goals whilst successfully defending their own net.

The women, much like the 17 girls, could not find the back of the net past a stubborn UTS defensive line. An early goal from the visiting senior ladies made the home side rush their offence as they looked to shoot too often and too early, rather than build towards higher-quality options. The second goal by the visitors in the dying minutes of the first half was enough to seal the match as they shut up shop in the second half – with neither team scoring in the second 25.

The men‘s match was lost in the last six minutes of the first half as UTS piled on three goals in quick succession. The match started apace, with both teams throwing everything into the battle. The Boomers were the first to score with a terrific first-time shot from Ben Basser in the 18th minute. However, this sparked the flurry of goals from the travelling UTS who scored in the 19th, 21st and then were the beneficiaries of a very lucky deflection right on the half time whistle.

Halfway through the second period, UTS scored their fourth, and much like many of the earlier matches, nothing the home side could do was enough to convert into goals.

All in all a very frustrating day – knowing that many of the teams were right in their matches, but could not flick the switch to get the spark to win.

NEXT WEEK
Next week the club is back on the road taking on Enfield AllStars at Riverwood.