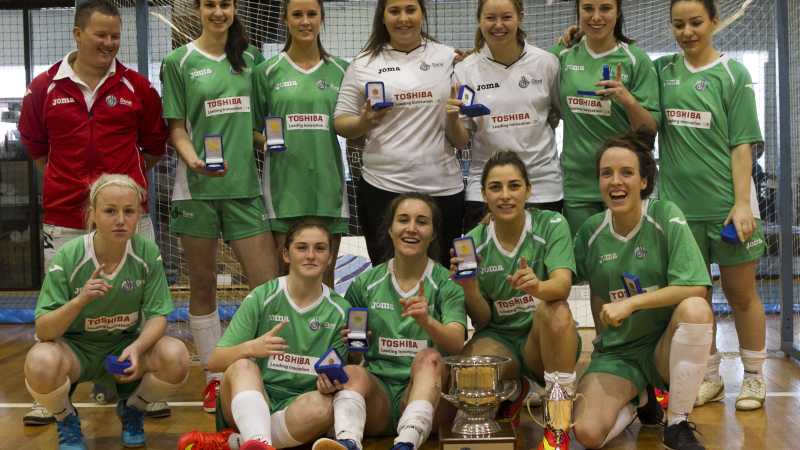 The Queenslanders started well and Natalie Tathem pilfered the ball from a Warriors defender in the opening minute only for her quick snap at goal to miss the upright by inches, while Dural’s Dominique Caridad tested Brisbane keeper Jessica McLean from distance.

McLean was on guard to drop low and push wide a low Perrins drive but it wasn’t long before the Warriors hit the front as a second Perrins long-range strike deflected to an unmarked Olsen on the byline and she squeezed a shot past McLean to make it 1-0.

South Brisbane thought they’d equalised when Nicola Eagle had an open look in front but Dural defender Tara Pender scrambled hard to clear the ball before it crossed the line, and moments later they did draw level from a quick Eagle corner that Orkild picked up inside the D and drilled past Warriors custodian Tani Rosekelly for a 1-1 scoreline.

The Queenslanders went close to grabbing the lead when Nichole Laws whistled one past the upright and followed up with a halfway bomb that Rosekelly could only parry down to stop it from breaking the net, and Laws went even closer with a stop-and-turn at the top of the D that resulted in paint being stripped off the post, but halftime sounded with the scores locked at one goal apiece.

A Rebekah Horsey freekick thunderbolt for South Brisbane whizzed over the bar to start second-half proceedings but it was Dural who regained the lead when Perrins stole the ball and went wide before sending McLean the wrong way with a low shot across goal that lifted Warriors in front a second time 2-1.

The northerners went a whisker from equalising when Tathem benefitted from a deflection that saw her alone at the top of the D and she managed to get a shot past Rosekelly that dribbled the wrong side of the woodwork, and Rosekelly was excellent in smothering a Bucknall fast-break shot and then punching away Sarah Amorim’s bullet to keep Dural noses in front.

The Warriors keeper was having a fine game and parried clear a sharp shot on the turn from Georgina Bridges forcing South Brisbane to go to a fifth-man press with two minutes left, but the desired goal never came and Dural held their nerve to win 2-1 and lift their first Women’s F-League trophy.

Warriors chief Perrins was thrilled. “It’s been an up and down season for us, but we’ve trained really well and managed to come together when it mattered the most,” she said.

“You always play better against teams that challenge you and every game has been like that this season, so to win a close competition like this was pretty good work.”

Warriors coach Ben Pollock called the victory a result of long, hard work. “This has been brewing for years; we’ve been improving all the time and even though we’ve had to go through the season with only a few subs on the bench, the girls just dig deep and never give up, so I’m really happy for them.”

South Brisbane coach Justin Morrison was disappointed with the result was justifiably proud of his troops. “We had dominant periods against Dural but couldn’t put it in the net and you have to be able to finish at this level or you’ll get burnt,” he said.

“Dural are technically strong and always hard to beat, but I’m very pleased for South Brisbane to make the final – it’s good signs ahead.”